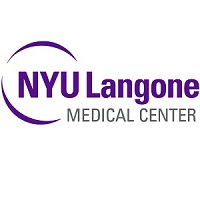 Dr. Sean McMenomey, NYU: It's great to be here. I'm a relative newcomer to New York. I come from Oregon Health Sciences University where I was Director of otology for 17 years. I'm glad to be in New York and in NYU.

I'm going to dove tail into what Dr. Brown talked about. He gave an excellent overview. Some of what I'm going to say is completely redundant but that's probably okay because this is fairly complicated stuff. We'll talk about some options.

There are many clinical scenarios that we have to deal with. Small tumors, big tumors, patients with good hearing, patients with poor hearing, bilateral schwannomas, extraordinarily common, and certainly other tumors as Dr. Golfinos alluded to.

Our rehabilitative options are going to be talked about as far as speech reading, hearing aids, a cross type hearing aid, a regular hearing aid, sound byte which I think Joe will talk about, bone anchored solutions, cochlear implant, auditory brain stem implant, or midbrain implant which we're not going to talk much about.

Current indications for the Baha are over five years of age. With the Baha you must have at least one ear with good hearing. That's what this slide alludes to. You must have one ear that functions well. That's why Baha often times is a more typical solution for patients with sporadic vestibular schwannomas with hearing loss. We think that other ear is going to be viable for a long time. Often times in NF2, the contra lateral ear we know eventually is going to suffer some degree of hearing loss. When that good ear becomes a bad ear the Baha will no longer function. It becomes a useless device.

The Baha as I said does not require an intact 8th nerve on the side of the deafness. That's how it works. Here is that cartoon that Kevin showed. I'll show it again. Basically what we have is the Baha is on the deaf side. This indicates that the cochlea is not functioning. And we use the skull, the bone is a real good transmitter of sound it turns out. So the sound comes in, what we implant is this tiny little screw right here. The screw is oscio integrated into the skull and the skull shoots the sound over to the good cochlea. So they're hearing from the bad side with the good cochlea. It's a way to get sound to the other side. A cross hearing aid does exactly the same thing. It does it without surgery. But patients tend to -- those who don't like a cross say they don't like it say you have to wear a hearing aid in the good ear. That tends to be one limitation.

We can do a Baha simulator in the office. We can put this device on. It basically pushes on the skull in the office. It doesn't give as good a result as a surgery which I like, it under promises and over delivers. If the patient likes the simulator, we can go ahead and discuss the surgery. The surgery basically is taking this device, titanium, and inserting it into the skull, and then the bone cells here integrate into the device. That's how it gets its great sound conductivity. When you've been to the dentist and they drill on your teeth and you hear it, that's bone conduction. That's how it works. Here is a picture of post op, in patients with longer hair these things are invisible. Patients with shorter hair, it's completely visible. That's a thing you have to discuss with patients. The hearing aid then snaps directly onto this and that's how it works for single-sided deafness.

With an intact nerve we can do a cochlear implant. We can implant the cochlear implant with a magnet in it as it would normally be done, or we could implant it without the magnet. More commonly in NF2 patients we implant it without the magnet. Why is that? Because it makes it more difficult to wear. The device normally attaches by the magnet through the skin with a magnet on the outside and a magnet on the inside holds the device in place. But with NF2, with the need for subsequent MRI's, at this point it's not approved by the FDA to perform an MRI with a magnet in place. There's significant research going on in that area that hopefully will allow to us do MRI's on patients with cochlear implants with magnets but as of now it's an off label use. There are three companies that make FDA approved cochlear implants. Advanced Bionics, Med El Corporation, and Cochlear Corporation. They all do a good job. Here is what a cochlear implant looks like. The basic parts of it. This is the part that's worn over the ear. Has the microphone in it. Sound is processed here, sent to the magnet here on the outside with this coil. This is the implanted device. This goes into the cochlea. I'll show a little cartoon here. The sound comes in, stimulates the cochlea. Processed across the skin into the cochlea.

Notice unlike a Baha, we don't have any break in the skin here. This is completely implantable device, and transmits its information here across the intact skin. This is not normal hearing. Patients have to learn how to hear basically electronically. But as Kevin mentioned, in patients with an in tact nerve he is patients will do better than a with brain stem implant. So when we can use this technology, we like to use it. It works very, very well.

Here is just an x-ray of a thin skin through a cochlea. You can see what this implant looks like as it comes in, curves along the cochlea. Here is a little floroscopy. Here is an implant. The little dark areas are the electrodes. You can see them curving around the cochlea. Cochlear implant for unilateral or bilateral deafness with in tact nerves. Must have an in tact cochlear nerve. If we're not sure if there's an in tact cochlear nerve there are some tests that we can do to help us answer that question. But if we put a cochlear implant in and do not have an 8th nerve we will not have a successful surgery. Here is a cartoon of what it looks like. It's a small incision. We drill a pad in the bone back here for the receiver stimulater. We access the cochlea. Make a small hole in the cochlea, and then insert it. This incision is in a 12-year-old. Even today this incision is much bigger than we currently make for just a cochlear implant. The evolution of implants. When I first started doing this, this is what the incisions looked like. They were massive. These patients stayed in the hospital usually two to three days just for the implant. Now today the incisions are extraordinarily small as you just saw. Most patients if we're just doing the implant, not doing a tumor resection, most patients are a day surgery. Go home the same day.

The brain stem implant, as Kevin alluded to. This technology was break through technology because before this technology, if we had lost the cochlear nerve we had nothing to offer those patients. So the ability to use a brain stem implant was really revolutionary. This as I said, we would use this if we did not have a cochlear nerve. We would put it in. We can also put a sleeping device in. That means that there's still hearing on the other ear.

We're doing a tumor resection on a patient with NF2, we resect the tumor. At that time we know we've lost the cranial nerve. It's a large tumor usually. We will put a brain stem implant at the time of that initial surgery. Basically not activate it. Why don't we activate it? Because if the patient has good hearing or reasonable hearing in the other ear, they would not wear it. They would hate it. It would produce sounds competing with normal sounds so they wouldn't wear it. Why put it in? Hopefully we'll never use it. That would be fantastic actually if we never had to use it. But as we talked about throughout the day, the eventual loss of hearing is something that we expect. We already have the device in. We potential have saved that patient a surgery if we have a brain stem implant already in.

Bilateral vestibular schwannomas, the target zone is going to be here in the ventral and dorsal nuclei of the cochlea. We would implant these directly with a little pad on the brain stem. The actual device looks really identical to a cochlear implant except instead of having a little curly cue of electrodes, it's a flat pad of electrodes we put right on the brain stem. Here is what it looks like. Kevin showed you a picture also. This part looks exactly like a cochlear implant. Here is the small pad. You have to find these nuclei intraoperatively. We have the ability to find them if we mapping. If you don't get the pad directly on the nuclei it won't function. It's easy to find the cochlea. We know we're putting it in the cochlea. It's much more difficult to find the 8th nerve nuclei intraoperatively. This is the pad, and that's how the stimulation will work.

In conclusion, I think we have a lot of options for patients with NF2 for hearing restoration. We would like to use a cochlear implant if we can, patients get better results. If we can't, we have other options, a brain stem implant, that are certainly other options. Thanks for having me. (Applause).